The Role of Implicit Bias in DEI

As racial justice and equality gain awareness, so does our recognition of the benefits of cultivating Diversity, Equity, and Inclusion (DEI) in the workplace. These benefits stretch from a company’s ability to create an environment where employees at all levels can thrive personally and professionally to their propensity for innovation and achieving better business outcomes.

Some companies, however, miss the mark on understanding the true essence of what DEI is and that it goes far beyond implementing diversity training programs and mentorship opportunities or even new policies and developing a DEI statement. To achieve effective change, we have to look at the bigger picture and acknowledge that implicit bias exists.

What is Implicit Bias?

The term “implicit bias” was first coined in 1995 by psychologists Mahzarin Banaji and Anthony Greenwald, who contended that stereotypes, attitudes, and social behavior are heavily influenced by unconscious associations (Greenwald & Banaji, 1995). Their research found that these associations, developed through past experiences and external conditions, are often applied to a social group without an individual’s cognitive awareness and may even counter their conscious beliefs.

Many factors contribute to the development of these biases, from an individual’s upbringing and surrounding community to media and cultural misunderstandings. It stems from the brain’s innate tendency to look for patterns and mental shortcuts to simplify the complex world around us. And although implicit biases can be both positive and negative, they are at work without our realizing it and often hinder our ability to achieve goals of diversity, equity, and inclusion.

The truth is, we all harbor implicit biases that affect our perceptions and influence our actions, decision-making, or even our language and the words we choose in our communications. Acknowledging this is key to understanding the essence of DEI and enhancing our ability to create DEI in the workplace. It is important to recognize that biases exist not only at the individual level but can also be systemic and structural, allowing bias to manifest at a greater level and uphold oppressive systems that further affect a company’s culture and environment.

Studies have shown that we can overcome some of the implicit biases that exist. Here are a few tips as we strive to promote DEI in today’s business world:

1—It Starts with Awareness

By understanding what implicit bias is, we can begin to identify the biases that exist and recognize how they hinder our ability to achieve DEI goals. We also need to look at what diversity means and the benefits it can have in the workplace.

The fundamental meaning of diversity is “the practice of including people from a range of different social and ethnic backgrounds and of different genders, sexual orientations, etc.” (Oxford Languages). It brings together a variety of perspectives and although it is most often referred to in terms of race, gender, and ethnicity, it goes far beyond that. It can include diversity in age, education, socioeconomic background, national origin, physical ability, religious beliefs, etc. Achieving greater diversity should be a consideration at every level of a company from entry positions and mid-level to the C-suite.

One of the most prominent biases that impedes DEI progress is an affinity bias. As humans, we are drawn to what is familiar or similar. Studies have found that even before school age, children’s brains seek out patterns in the world and naturally begin making associations of group membership in which they identify groups whom they share characteristics with and those that are different. Beyond this recognition, they begin to view “what is similar to me as good, and what is different from me as bad.” (Cameron, Alvarez, Ruble, & Fuligni, 2001).

Although consciously, where our thinking is more rational and logical, we may not truly believe that individuals different from us are “bad,” we must understand that these unconscious associations exist. We also need to acknowledge that implicit bias exists in all of us and understand our blind spots before we can work together to overcome them.

Once we are aware of these biases and the ingrained stereotypes that can affect our perceptions, we can understand how they can lead to erroneous judgments of social groups and situations. It may even surprise us to learn about identified biases beyond those more prominent surrounding race, gender, and ethnicity that shape how we view a particular situation and process information. Some examples include ageism, nonverbal bias, authority bias, attribution bias, the halo effect, the horns effect, name bias, height bias, conformity bias, beauty bias, and more.

Educating ourselves about the many biases can help bring light to the effects of these biases and uncover methods to overcome them. Taking the time to learn more about other races, cultures, religions, genders, ethnicities, etc. can also lead to an appreciation for the differences that exist and the power of gaining a broader perspective personally and professionally.

Expanding our knowledge and education can occur in many ways, both at an organizational level and an individual level. As individuals, we can each take the initiative to educate ourselves by reading literature and articles, watching documentaries, and engaging in conversations with people from social groups outside of our own. On the business side, companies can implement diversity training programs, provide access to DEI resources, and utilize the Implicit Association Test (IAT) developed by Professor Tony Greenwald, Mahzarin Banaji, and Brian Nosek within Harvard University’s Project Implicit.

The key to creating effective change is to have the courage to acknowledge that these biases exist and take intentional actions to overcome them. We need to instill changes in policies and procedures that are preventing companies from optimizing DEI in the workplace.

According to Deloitte’s 2019 State of Inclusion Survey, 68% of the employees said that witnessing or experiencing bias had a negative impact on their productivity. The most prevalent biases in the workplace are tied to recruitment, hiring, development, and promotion of staff. There are many actions, however, that a business can take to minimize these biases, making its processes as blind as possible. Some examples include:

Share your ideas on additional methods businesses can implement to expand their DEI efforts and overcome implicit bias.

Eberhardt, Jennifer Lynn (2019). Biased: Uncovering the Hidden Prejudice That Shapes What We See, Think, and Do. 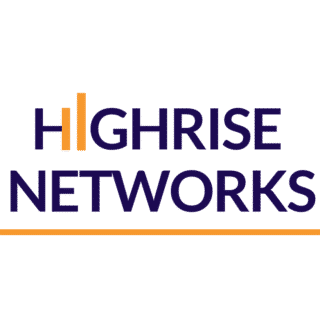 A discussion about common causes of cyber security attacks and steps that can be taken to help avoid them.

Organizational Learning: 5 Trends and Changes to Watch for Over the Next 5 Years

Many organizations had to make a tremendous pivot in 2020 and now find themselves continuing in this ‘new world’ of business. Experts have indicated five significant changes and trends to keep an eye out for over the next five years.

The ability to lead yourself is a critical and foundational skill. Learn more about tips on fitting leadership of yourself into your life, including reading, a 360 degree evaluation, and cultivating your personal Board of Advisors.

Henry Ford was not just a famous American industrialist. His innovative way of thinking and leading can provide valuable lessons to any business leader today.